Russia has blocked all of Europe and NATO from assisting the refugees stranded on its border after chaos in Syria. Putin is using this as a propaganda tool, claiming that European countries are “hostile” to Muslims and will be responsible for their deaths. With Russian backing, Syrian President Assad plans to stay in power despite his country being decimated by war. 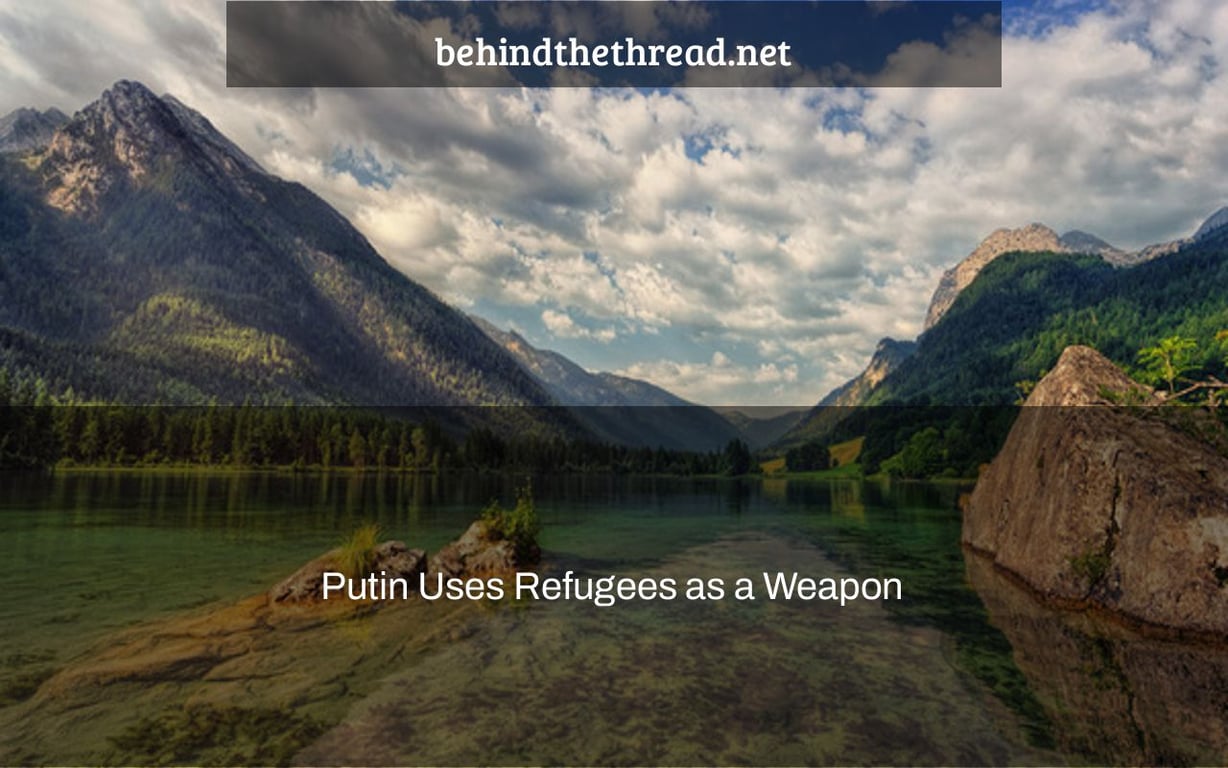 As Vladimir Putin’s invasion of Ukraine grinds to a halt, he is attempting to shatter Kyiv’s resistance by using missiles and artillery to attack people. He also wants to use the country’s refugees as a political tool to weaken European support for Ukraine. The United States can assist Europe in sharing the burden of refugees.

According to the UN refugee agency, more than 3.5 million Ukrainians have left the nation since the invasion started. Another six million people have fled their homes but remain in Ukraine, but they may be forced to leave as well.

Moldova has taken in about 400,000 people, while Russia and Belarus have taken in approximately a quarter-million. The remaining refugees have fled to European Union nations, with more than two million settling in Poland alone. Many of these newcomers will soon relocate to other regions of the EU, where they have connections or family.

On Monday, EU Home Affairs Commissioner Ylva Johansson remarked, “We can see unity from all member states.” “This is a new method of doing things without quotas and instead of cooperating inside the solidarity platform.” She is correct in her assessment of the EU’s amazing unity and compassion.

Brussels has made the sensible decision to allow Ukrainian migrants to stay and work in the EU for three years. This could relieve financial strains on Europe’s social systems, but heated battles over how to divide the cost, which now falls disproportionately on Ukraine’s neighbors, might erupt shortly. If millions more people arrive, Poland and Hungary may be overwhelmed, and the rest of Europe may be reticent to accept more.

The Biden Administration has granted temporary protected status to around 75,000 Ukrainians currently living in the United States, and it may ease criteria for Ukrainians who have not yet arrived in the United States but have relatives there. Mr. Biden’s visit to Warsaw on Friday gives a chance to go even further: why not offer to relocate 200,000 or 300,000 Ukrainians who are already residing in Poland? A bipartisan measure in Congress may take numerous forms, but it would be ethically and tactically sensible to establish ambitious conditions for the political discussion.

Mr. Putin’s clear policy of bombing Ukrainians out of their homes and adding to their agony would be countered by this offer. Women and children, as well as troops who remained behind to protect their nation, would benefit from easing the refugee problem in Europe.

As the battle grinds on, Russian tyrant Vladimir Putin wants to put more pressure on European countries, whose military and humanitarian aid is critical to President Volodymyr Zelensky’s resistance. He wants France and Germany to put pressure on Mr. Zelensky to reach an agreement on Kremlin conditions.

The West must continue to support Ukraine with everything it needs in order for it to achieve a sustainable peace. As a contrast to Mr. Putin’s brutality, the West can provide safe haven for the country’s women, children, and elderly.